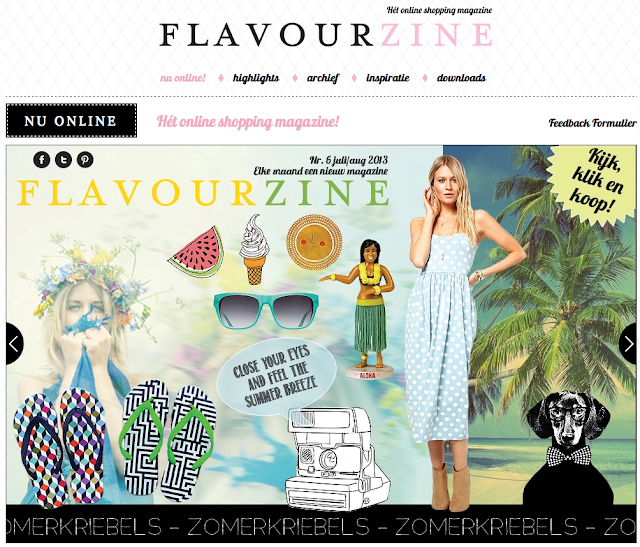 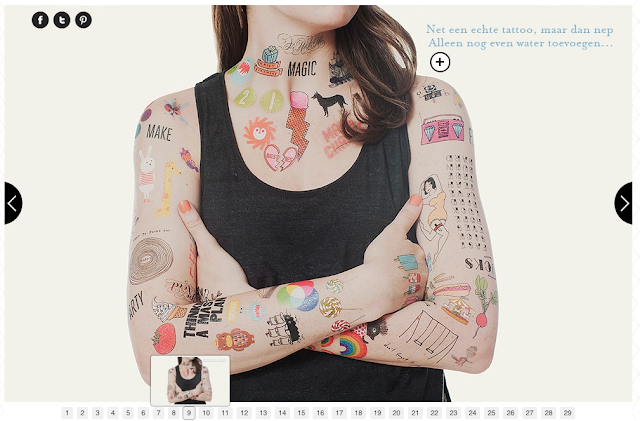 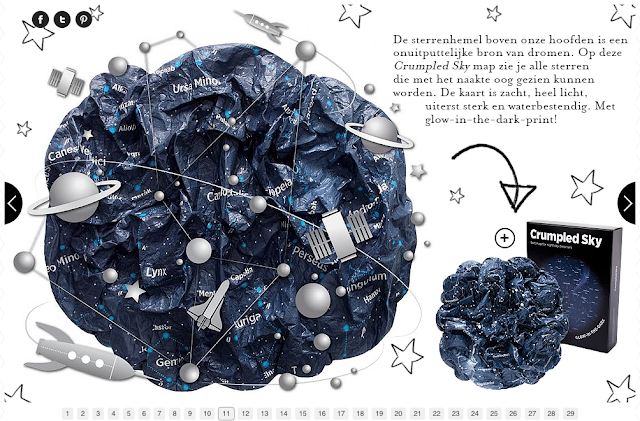 Last week we had a bit of a heat wave here and I was thinking about the pool... here are some of my favourite pieces to wear at the beach, city pool, garden splash or whenever you feel like summer!

Yes, that's right... I am not a fan of bikinis for little girls!

THE KIDPROOF BLOG TELLS US ABOUT RAISING BOYS AND BROTHERHOOD

Six years ago the Kidproof blog’s Helsinki based founder Esther discovered the world of children’s clothing and since then as developed a passion for this emerging area of innovative and exciting design. Like many of our readers she devoured magazines and blogs and made it her mission to seek our specialist stores when she was travelling. Designed to inspire, Kidproof is a manifestation of Esther’s love of little people’s fashion and the blog is “made for you and a little for us too”. Together with her blog partner, Berlin-based Saara, the pair takes and edits their own photographs. These portraits give us a touching insight into their family life and in particular the brotherly dynamic between their young sons.

YOU CAN EXPECT A SENSITIVE SIDE FROM LITTLE BOYS & BOISTEROUS BROTHERS
There is always bound to be a bit of friction between young siblings but Esther is quick to debunk the “noise with dirt on it” stereotype which is often applied to little boys. “My experience with raising my two little boys is that they’re amazing, sensitive and caring little guys”. Saara has also witnessed this softer side in her own children and has never had to worry about jealous older siblings. Since the beginning my older son was very protective towards his little brother and told everyone stories about ‘our baby’. My older son didn’t even want to join the kindergarten for couple of weeks when the baby was born. He preferred to stay at home with me and the new-born”.

Saara tells of a car trip home with a travel-worn five month old baby who was crying inconsolably. “When I turned around to calm him down I saw that my elder son was already holding his baby brother’s tiny hand in his own and my heart melted when I heard him saying…Baby, there is nothing to be worried about, I love you”.
NURTURE PEACEFUL RELATIONSHIPS BETWEEN YOUNG SIBLINGS
We asked the Kidproof mothers about their secrets behind raising such well-behaved children. Esther explains that even the most attentive older brothers can become exasperated by demanding young babies. She often tells her eldest stories about his own infancy so he can better grasp the needs of a young baby. “It clearly makes it more bearable to see cars being chewed and drooled on when I explain that you as a baby were the same”.
She also builds nurturing moments into the boys’ routine. “I ask them to say good night to each other each night before they go to bed. We started when the baby was just a few months old and it has been wonderful to see how they’ve gotten used to the habit…the younger one it always thrilled about the attention that he gets from his big brother.”

EXCITING NEW STYLES FROM KIDS DESIGNERS FOR BOYS
You could certainly call the team from Kidproof experts in children’s fashion. Like AlexandAlexa they agree that the more exciting styles are now available for boys. “There are definitely more nice brands than a couple of years ago” says Saara “What I really like is that many brands create unisex collections. Also online shopping makes things easy and effortless”.
When we asked Esther what her favourite children’s brands were she finds it hard to choose but names the children’s collections from Stella McCartney and Mini Rodini, she also recently tried some pieces from Zadig & Voltaire. She says that her eldest son is already “clearly interested in his clothes and has favourites. Among others he has named the brand Finger in the nose as his ‘most favourite’. I have not doubts that the choice may have been affected the name”. “ If I let him choose what to wear her would most likely pick a pair of black slim jeans from Finger in the Nose, combined with a fierce tee by Munster Kids and a cap by DC or Vans.”
Visit the Kidproof blog here. All photographs are ©Kidproof.co 2013 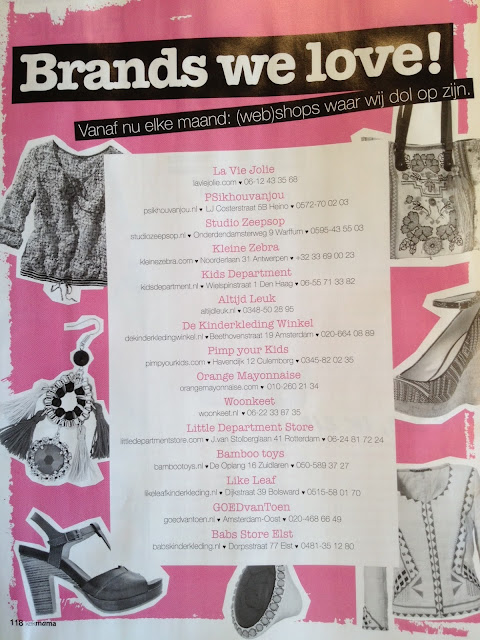 Orange Mayonnaise is selected by Kek Mama for their "SHOP's WE LOVE' section !
And we will be promoted online and in their Magazine for a complete year starting this month !!

Thank you very much KEK MAMA !!

by Peggy of the Paul & Paul Blog, at Rebuçado Acido blog, 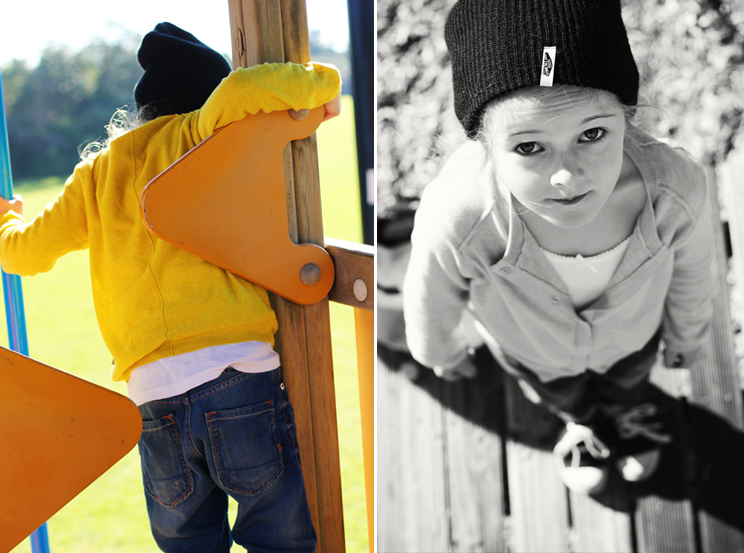 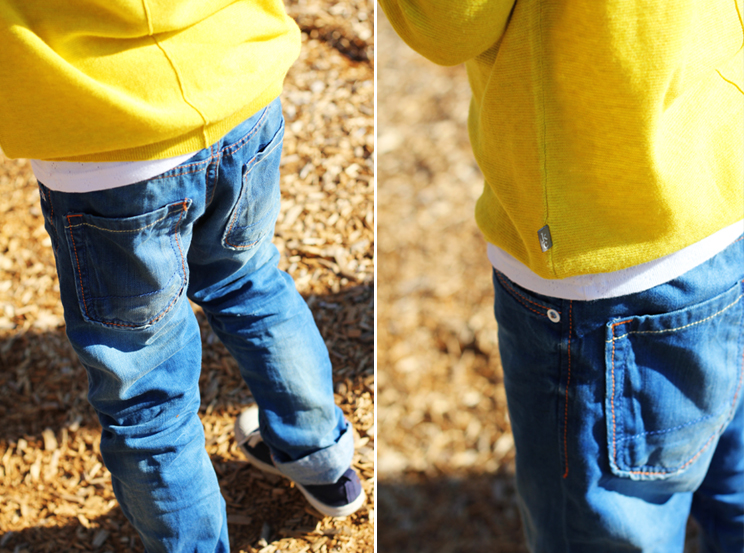 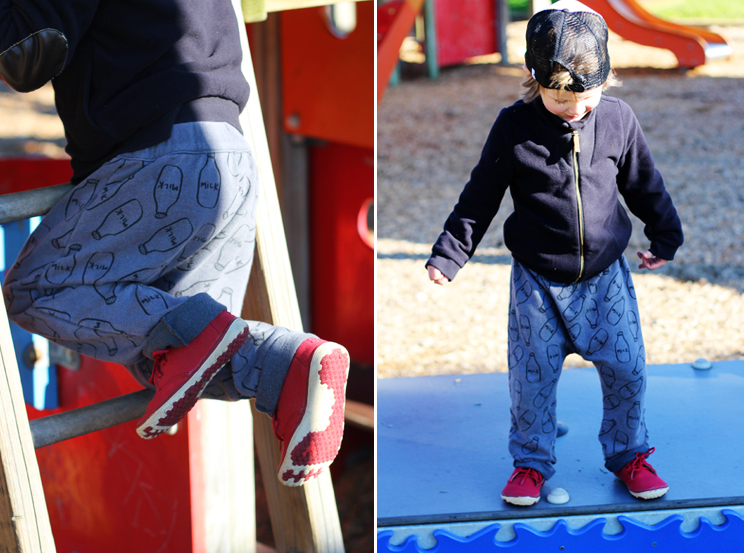 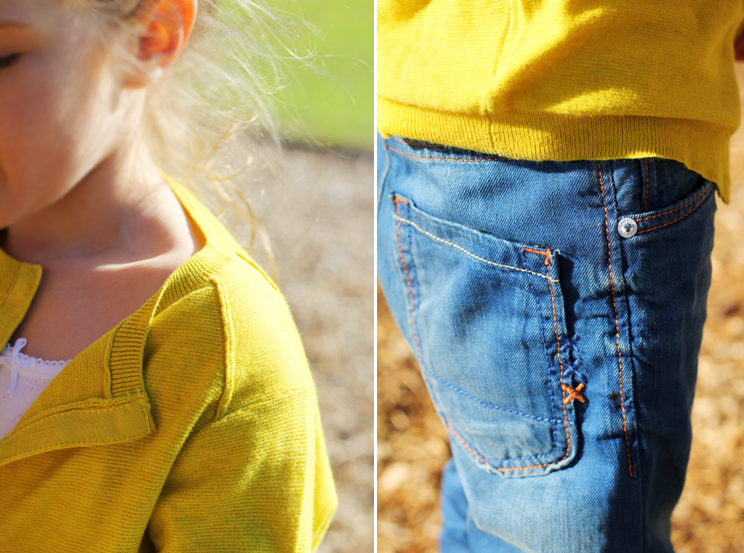 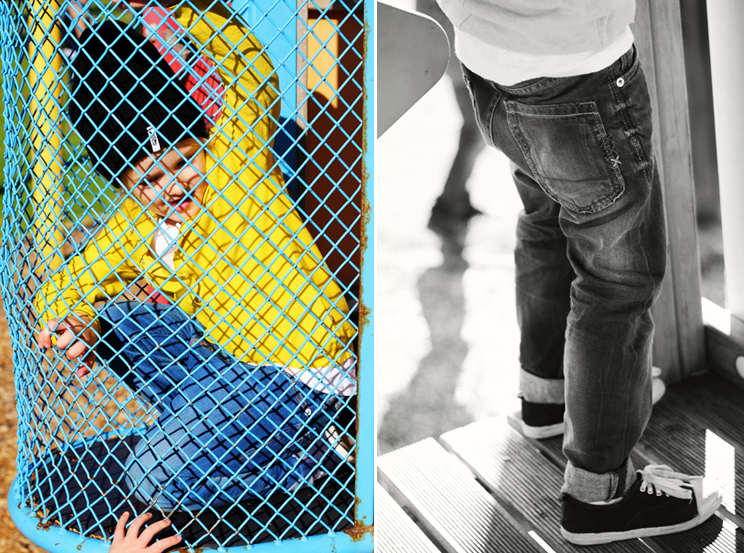 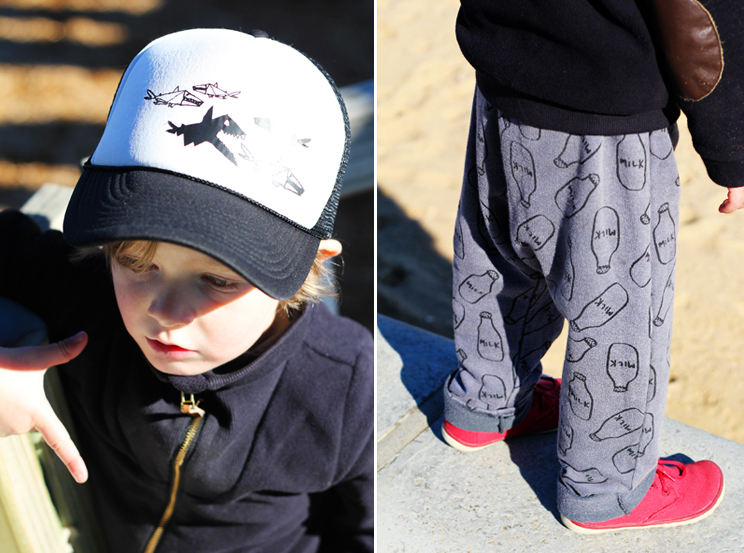 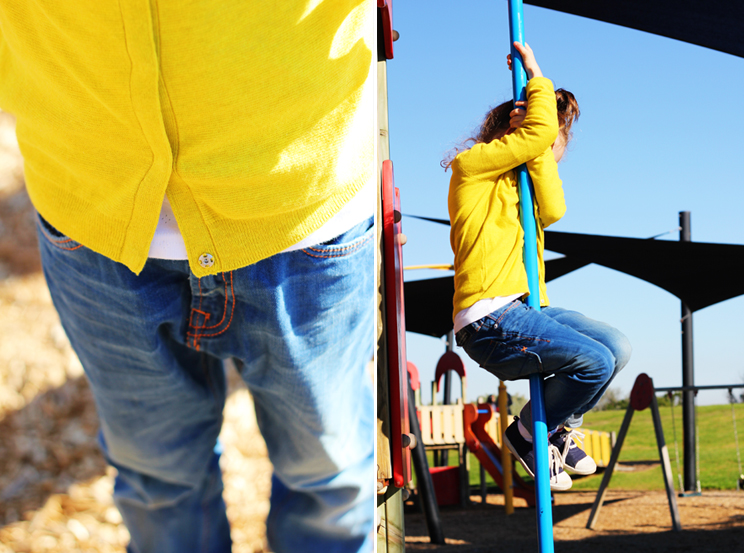 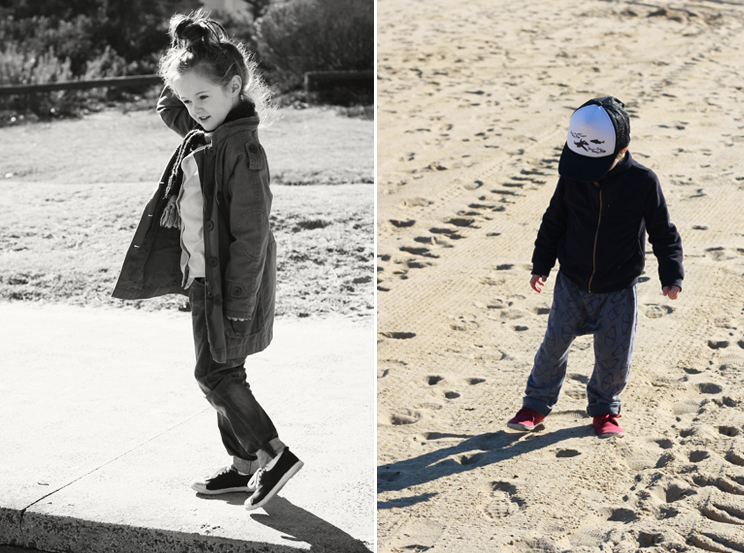 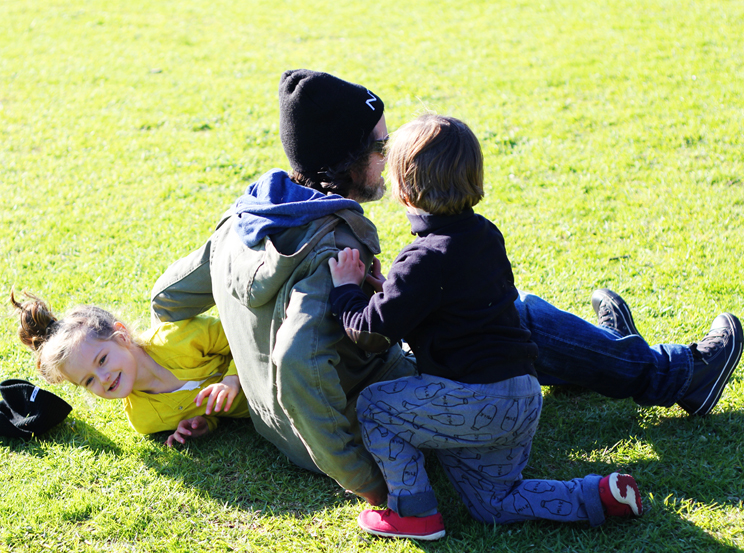 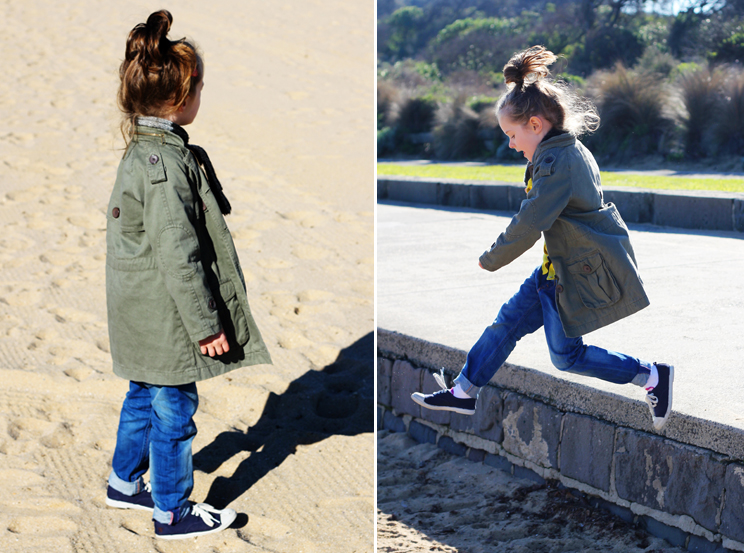 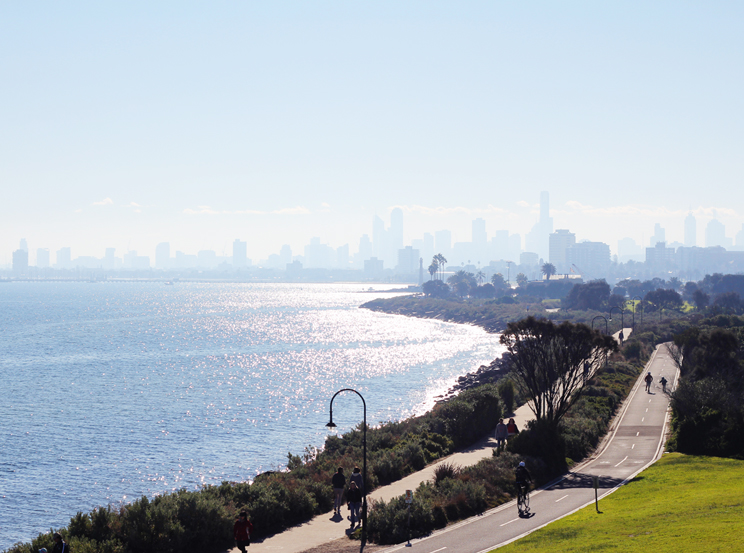 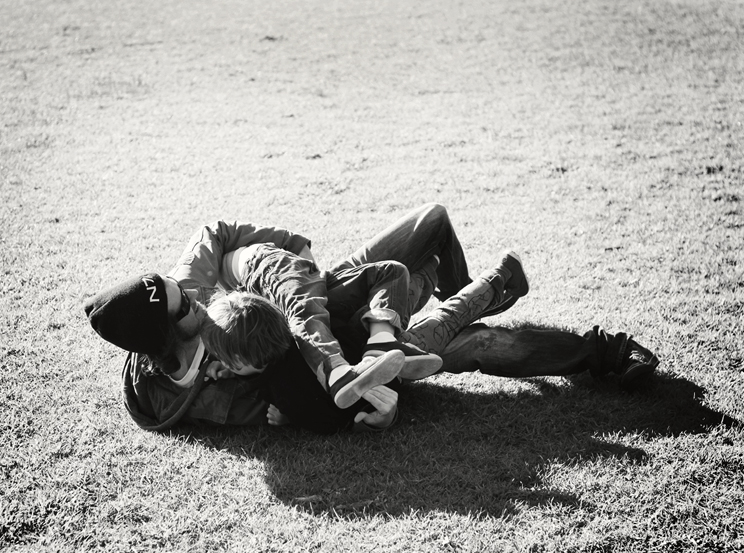 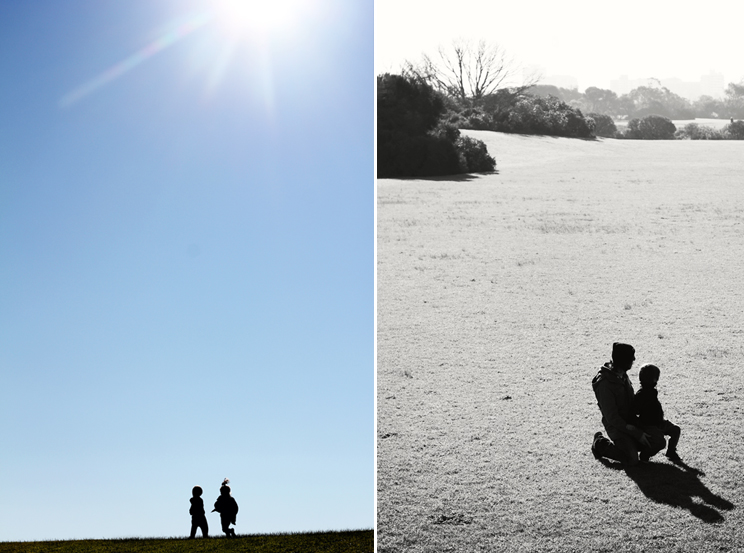 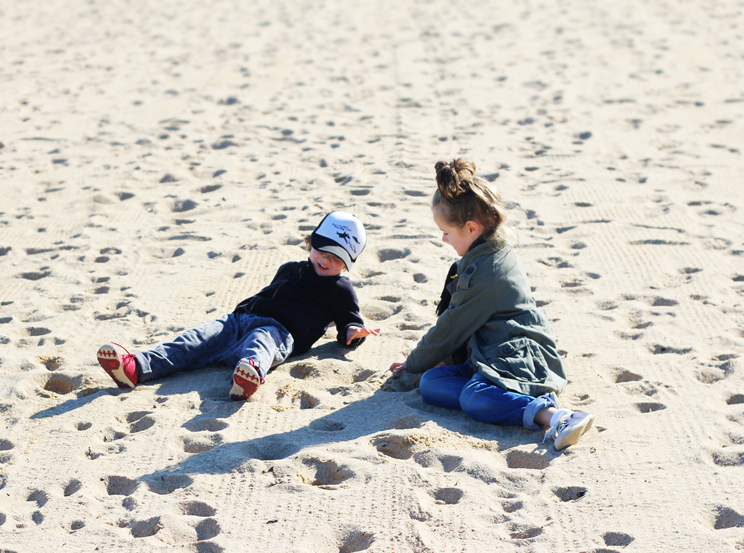 Weekend snapshots from a sunny and cold Saturday. Chasing some good moments in the sun. As usual the weekends goes way too fast, and we are so looking forward to some days off at the upcoming school holidays.

Our Sunday didn't exactly go as planned. We were meant to go off and meet some good friends in a park but instead we had to visit the ER after D confessed after a nights throwing up that he had swallowed a marble at his kinder. Not sure what to do in the marble swallowing scenario we took him in to check him out. Once reassured that marbles are easy to pass the natural way and what to look out for in case it had somehow lodge itself in there we felt more easy taking him home again. Life is never dull with this boy!! Hope everybody has had a relaxing weekend and a chance to recharge.

Blast from the past !

Vote back your favorite Munster....

Ever had a Munster tee that you felt sad your kid grew out of? Well here is your chance to get it back AND win a $300 Munster wardrobe. Tune in at the Munster Kids Facebook page and join !! 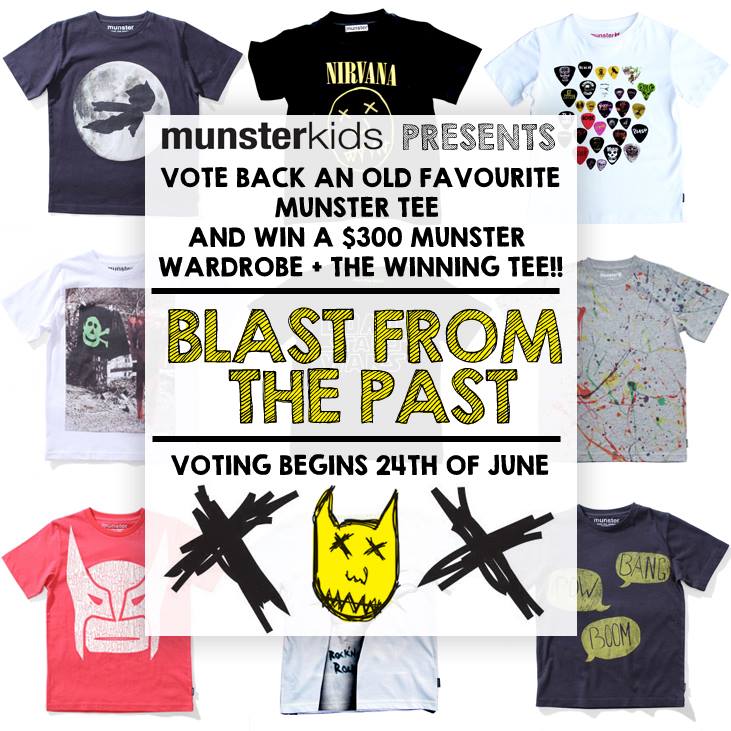 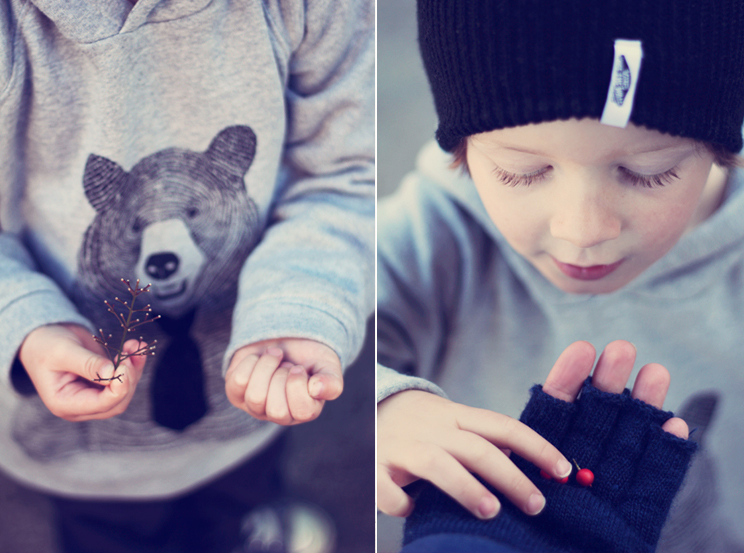 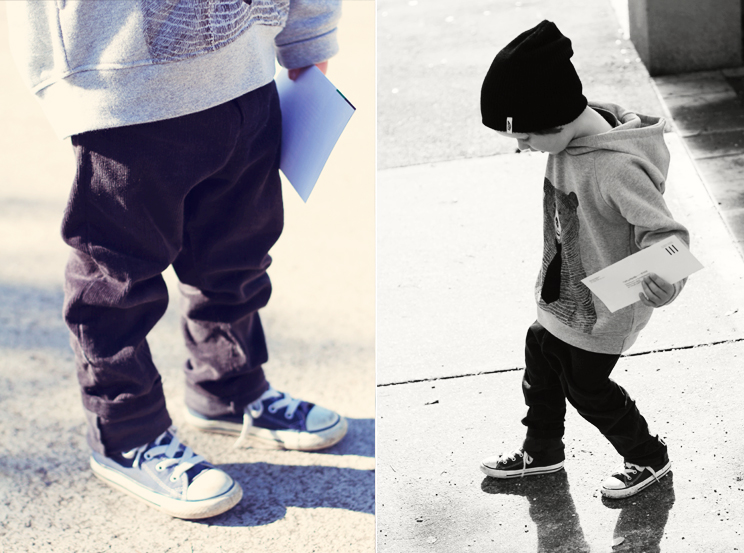 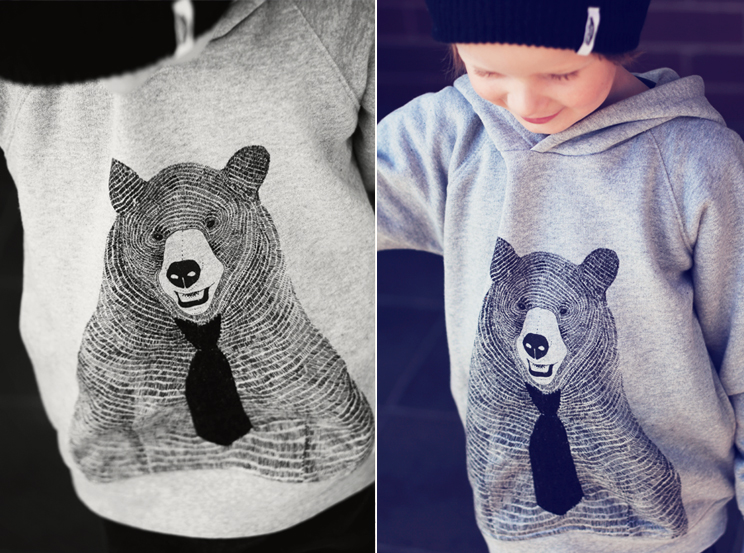 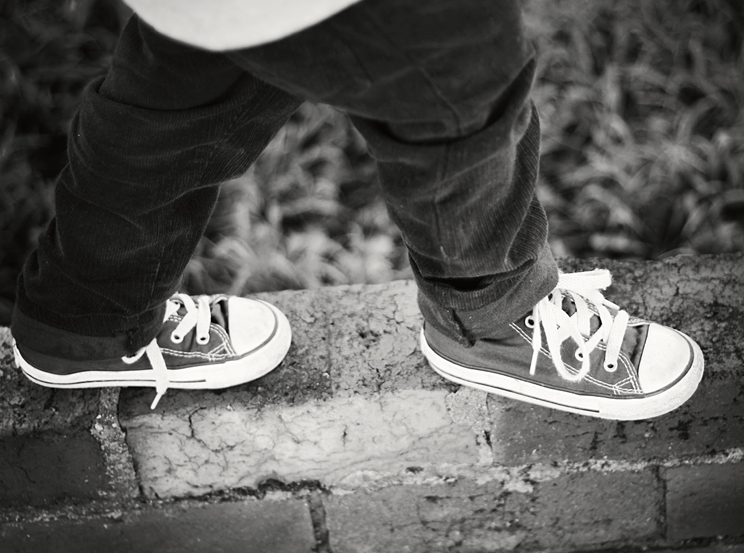 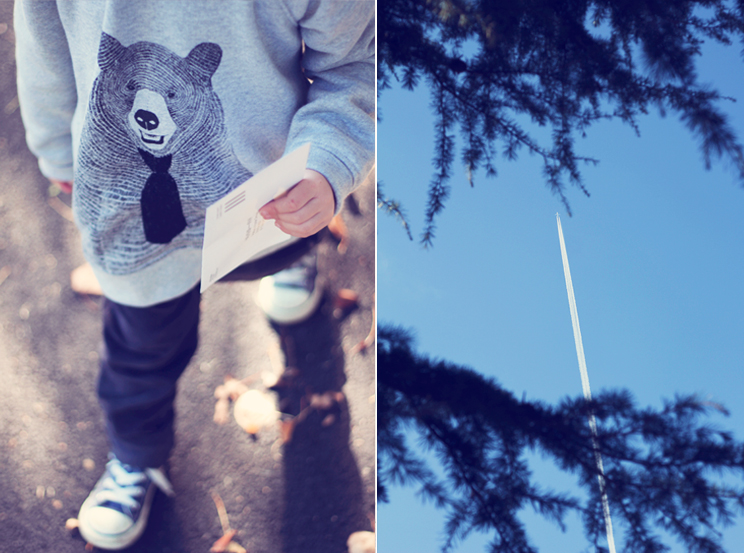 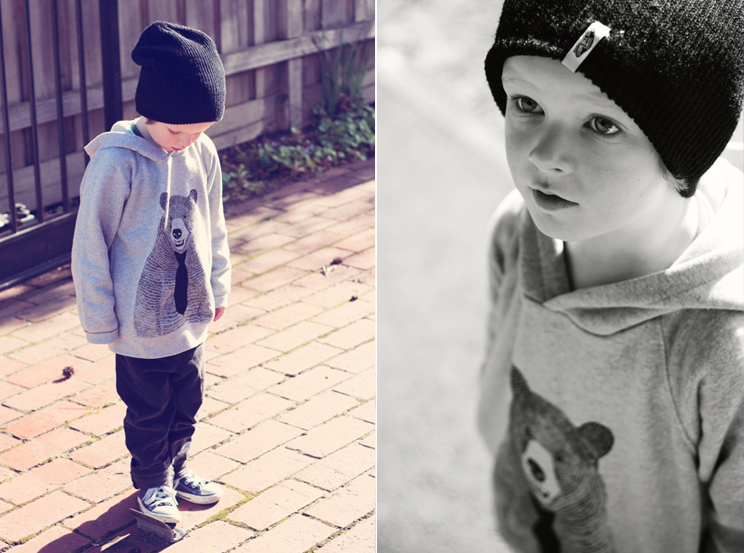 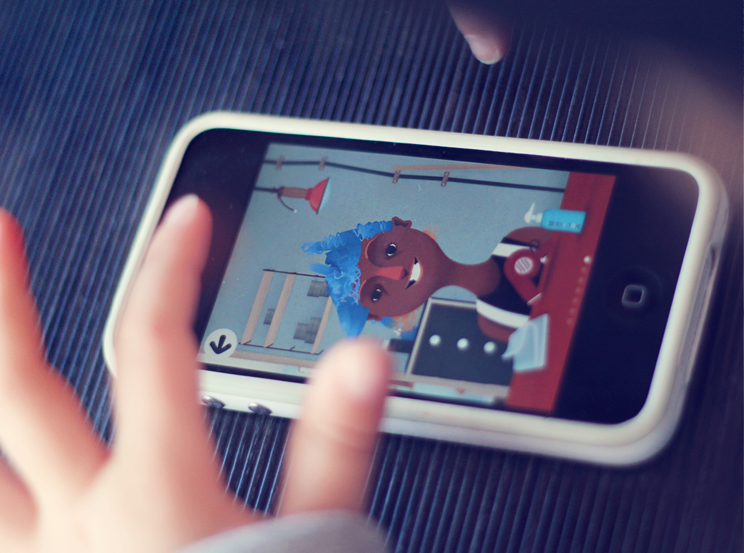 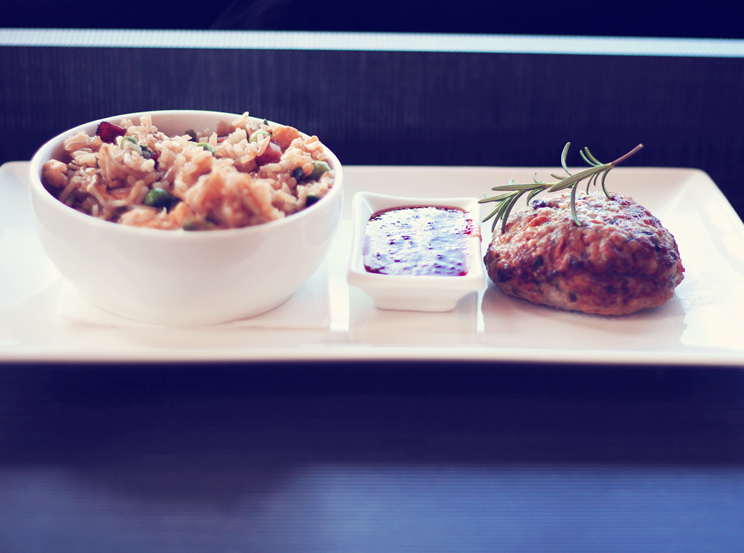 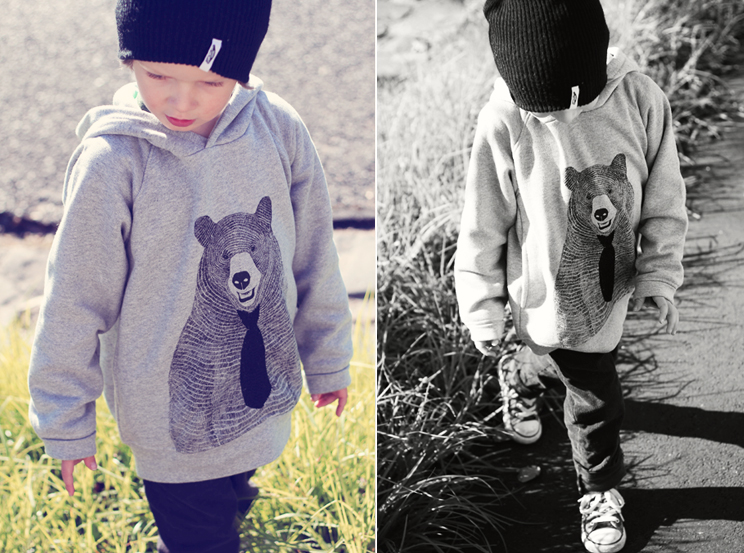 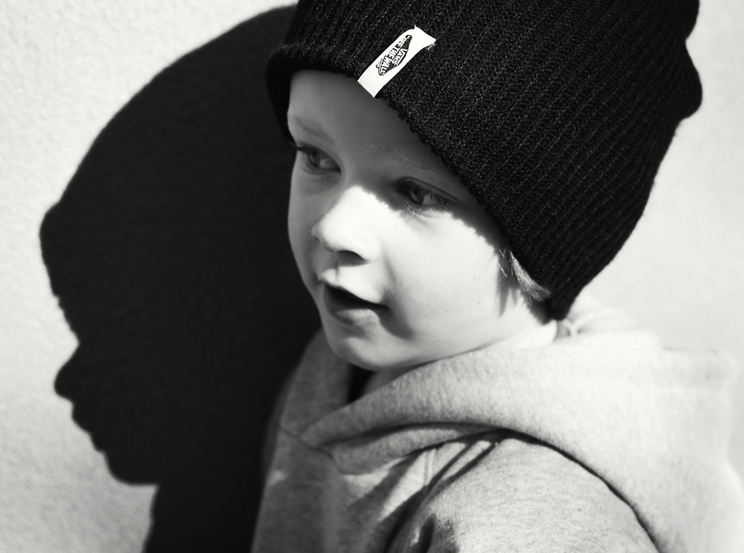 Thursday is our slow down day. The little guy is off from Kinder and for me it means a day with no school drop off since my husband does that so its generally a nice way to slow down as the week comes to an end. Didn't have too much on the agenda today except for finishing of some work and hanging out with my youngest. I can't believe how big he is getting. Hardly any signs of my baby left, instead there is a curious little soul who has taken over and has filled my days with .....why? why? why mum?

Here are some photos from today when we went to post a letter and have some lunch. The little guy got to try the new Toca Boca Hairsaloon 2 (which is free to download for a limited time in the app store) and he loved it. It is so creative and fun that even I am having a hard time to stay away from colouring hair and cutting mohawks.
---
For the original post, see > minordetales.blogspot.com.au/moments
> Pls. note; The hoodie is sold out
Gepost door Annika - Orange Mayonnaise op 10:54 a.m. Geen opmerkingen: